The Presents of Man vs. the Presence of God 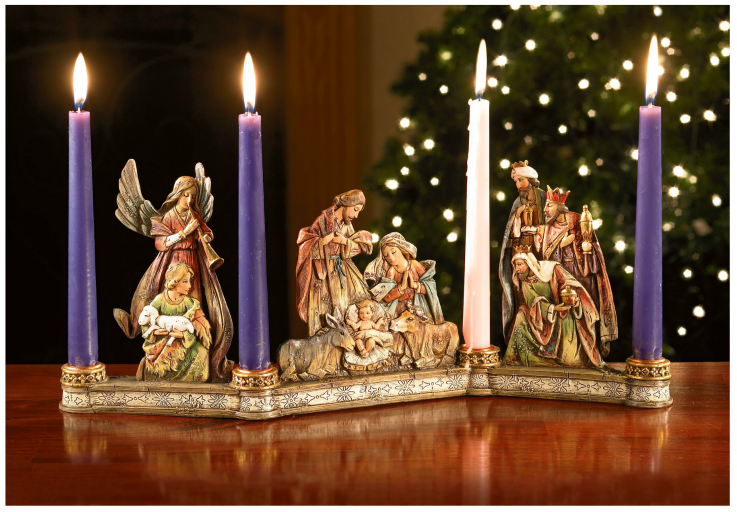 As we begin this Advent Season, we must recall the Church’s purpose in having us relive 4,000 years in the space of four weeks. From the original sin of our first parents—and God’s promise of a Redeemer born of “the Woman”—there was a long period of waiting, watching and anticipation. At about the midpoint of those 4,000 years, God gave His word to Abraham that the Promised One would be of his offspring. Abraham passed that prophecy on to his son Isaac and Isaac to his son Jacob. The dying Jacob told his son Juda that “the scepter shall not be taken away from Juda…until He comes Who is to be sent, and He shall be the expectation of the nations.” [Gen. 49,10] About 1,000 years after Abraham, the promise passed through King David, and 1,000 years later a daughter of Abraham, a daughter of David, Mary fulfilled the prophecy by bringing the Promised One into the world. During Advent, therefore, we are reliving that anticipation for the coming of the One who is “the expectation of the nations.”

Traditional Catholics often express concern that the true meaning of Christmas is drowned out by a frenzy of preparation for the feast, including the preoccupation with buying gifts at bargain prices. The problem of commercialism at Christmas begins with us, the devout consumers, if we allow ourselves to be swept up in the marketing mania of obligatory gift-giving. In the process we often spoil Christmas and risk spoiling our children by teaching them to look forward to Christmas, not for the coming of the Savior, but for the “loot” they’ve learned to expect. The admirabile commercium (“wondrous commerce”) of heaven becomes instead the worldly commerce of Walmart and Macy’s. Our focus is diverted from the manger to the monger. The German word Gift means poison, and gifts can become poisonous for the celebration of Christmas. Parents must not let the gifts their children receive at Christmas deprive them of the true Divine Present—the Divine Presence of the Christ Child.

Let the parties and the presents wait until after Christmas. Give them during the “12 Days of Christmas.”