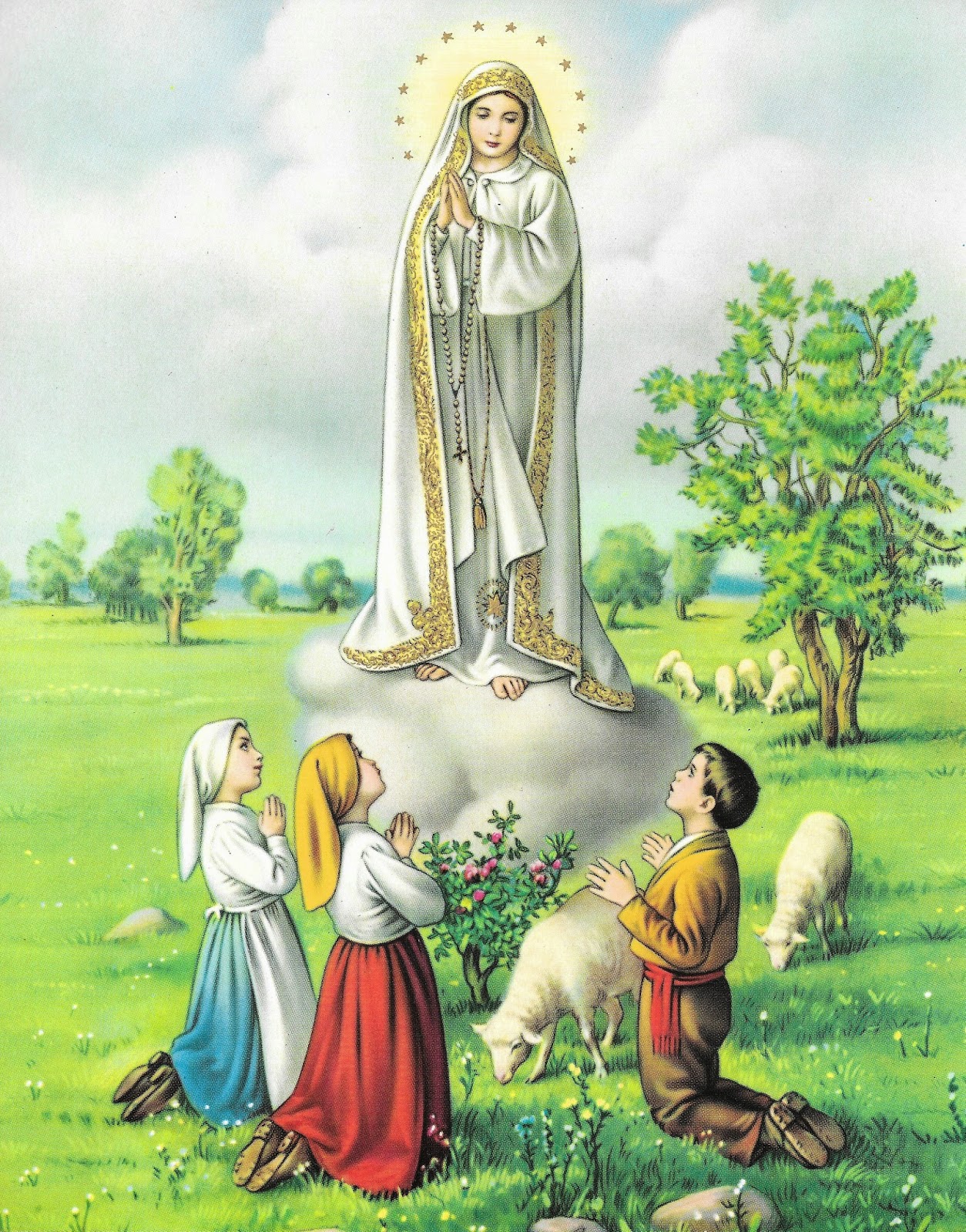 During Our Blessed Mother's appearance at Fatima, Portugal, on July 13, 1917, she told the children that all mankind was on the verge of plunging into the abyss. Our Lady had shown the children the vision of Hell opened at their feet. Lucia later described the sight of souls swept about in flames and their shrieks of pain and rage as absolutely horrifying. But no less horrifying was the Blessed Mother's prediction about what lay ahead for this world. It was as though mankind stood like the children on the edge of an abyss of suffering and catastrophe such as the world had never before seen. Our Blessed Mother foretold the coming end of The Great War (as World War I was then known), but she said that a yet more terrible war would engulf the world during the reign of Pius XI. She predicted the rise of atheistic communism in Russia, saying that Russia would spread her errors (which we now know as Marxist- Leninism) throughout the world, causing great persecutions and misery. She said that nations would be annihilated and that the Holy Father would suffer terribly — a prophecy certainly fulfilled in the trials and sorrows of Pope Pius XII. Yet, Our Lady made clear that all of this tragedy could still have been averted. Mankind, even then, had a choice to make. By turning away from their sinful lives and turning back to God, the world's peoples could also turn aside all of these awful predictions and escape from the dreadful punishments of Divine Justice. Our Lady told the children that God wanted to establish in the world devotion to her Immaculate Heart. Our Lord and Redeemer Jesus Christ was greatly offended by the lack of love and the contempt for His beloved Mother. He demanded an end to these insults, and reparation to be made by the faithful Catholics by lovingly receiving Himself in Holy Communion on the first Saturdays of five consecutive months, with prayers of devotion: five decades of the Holy Rosary and fifteen minutes of meditation on the Passion of her Son. Blessed Mother also said in 1917 that, to forestall the terrible events she predicted, the pope must consecrate Russia to Mary's Immaculate Heart. When, in 1929, Lucia announced that the time had come for this consecration to be made, she said that Holy Father together with all the bishops in the world must make the consecration. In 1932, when that consecration had not been done, Our Lady predicted that the Holy Father himself would make this consecration, but it would be "late" — indicating that the evils it could have prevented would already have taken place. And in 1942, when Pius XII with the bishops of Portugal consecrated the world to the Immaculate Heart, Lucia said that God was pleased with that consecration, but that it was still "incomplete." She said then that the Consecration then demanded could only be completed when all Catholic families. dioceses and nations would. be consecrated to Mary's Immaculate Heart. We know from this that the final prediction of Our Lady at Fatima — that in the end her Immaculate Heart will triumph — depends on the consecration of every one of us to her Immaculate Heart." This requires of us the fulfillment of God's will that we make the five first Saturdays of consecration and reparation, even as Our Lady besought us at Fatima.