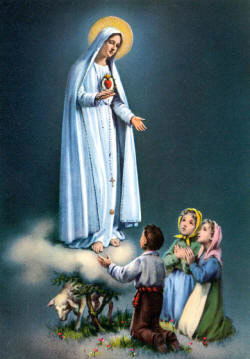 On July 13, 1917, Our Blessed Mother told the three children at Fatima in Portugal that, because of sin, “Russia will spread her errors throughout the world.” Our Lady thus prophesied the Bolshevik takeover in Russia that would take place with the Communist Revolution just four months in the future. Russia then became the headquarters of Marxist world Communism; the errors of Russia are the lies of Karl Marx’s diabolical doctrines. When the Communist takeover in Russia failed to trigger the world-wide revolution that Marx had predicted, Lenin and then Stalin tried to foment revolution throughout the nations of the world through their Comintern (Communist International) brigades of agents to agitate violent social divisions. The plan was to create anarchy so that the Communists could seize power. When this tactic failed to incite world revolution, the Marxist Jewish psychologists of the German Frankfurt School met to figure out why nations, especially in the West, were successfully resisting the Communist propaganda and tactics to enslave them. Their answer was this: Christianity, meaning Catholicism. Christian principles, the Catholic Faith, the Catholic religion, and the Catholic way of life protected societies against the deceits of the Communists. Their solution: if Communism is ever to successfully take over, the world must first be de-Catholicized, de-Christianized. They devised their so-called Critical Theory to accomplish this. Critical Race Theory is simply its application. Such is their program. Living our Catholic Faith without compromise must be our program.